Inline editable fields enable users to edit the data right where they see it. They come handy when the users want to update a field or two without losing context and editing is not the primary intent of the page.

Chips can be used as tags in inputs. Enter/return key is used to input the tags.

Dropdown type does not require explicit save/discard actions, as the result is saved immediately.

Inline editable input comes in 2 sizes - regular and small. On the other hand, inline editable dropdown comes just in the regular size. 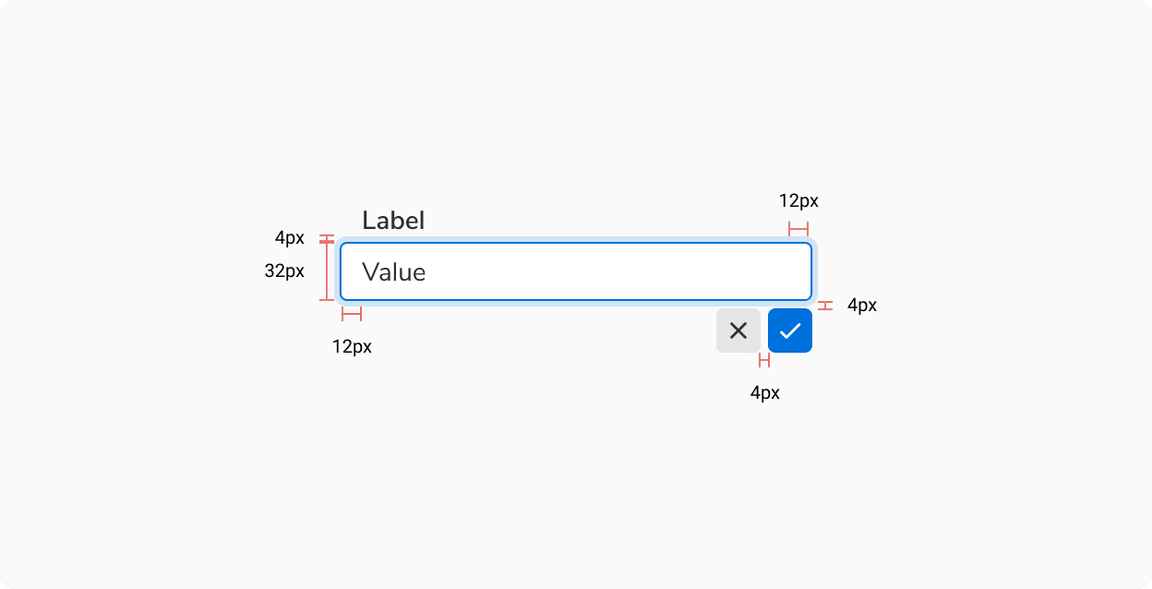 Inline editable fields are used when the users want to update a field or two without losing context and editing is not the primary intent of the page. 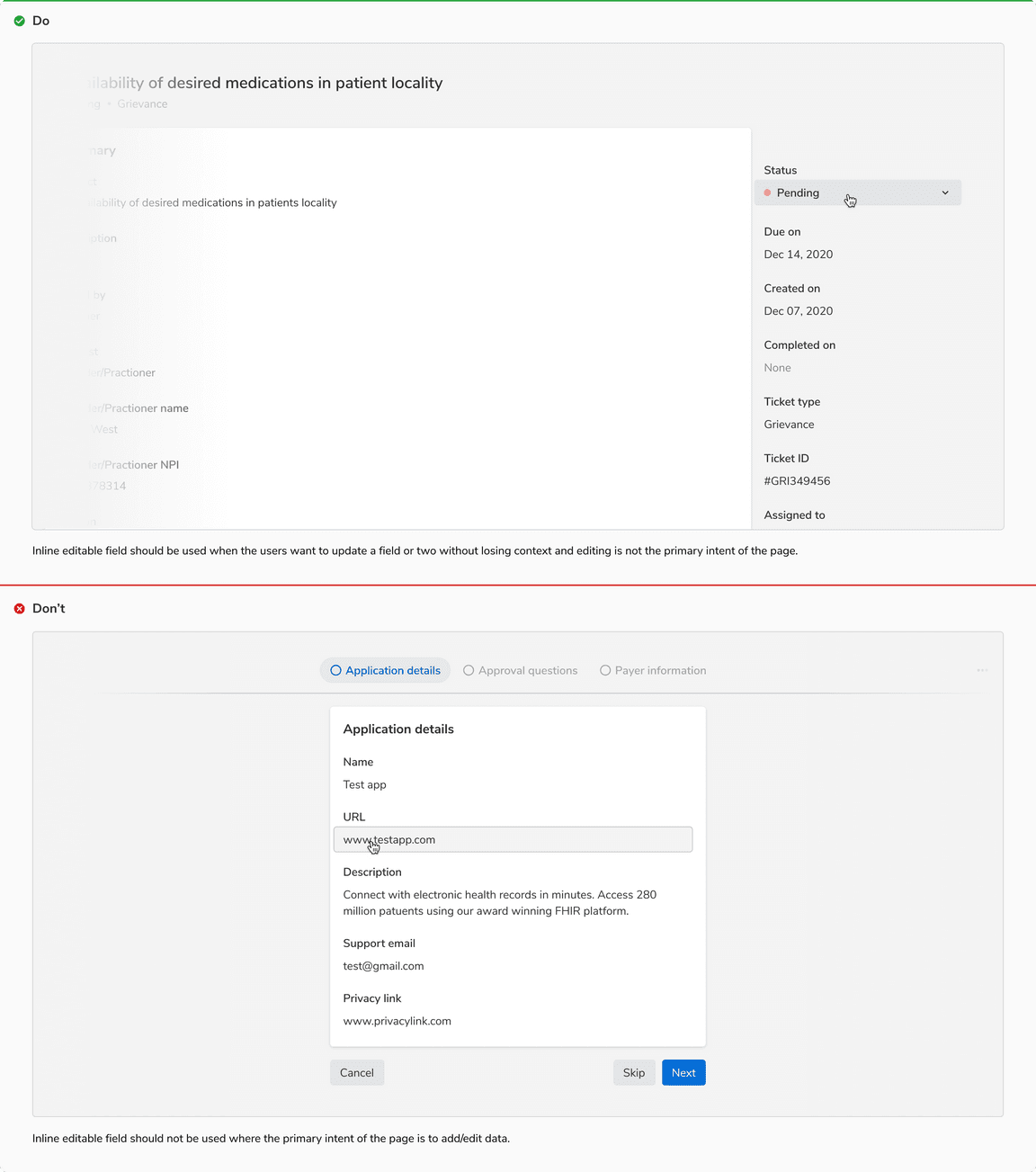 Errors are shown using popovers alongside the inline editable field. 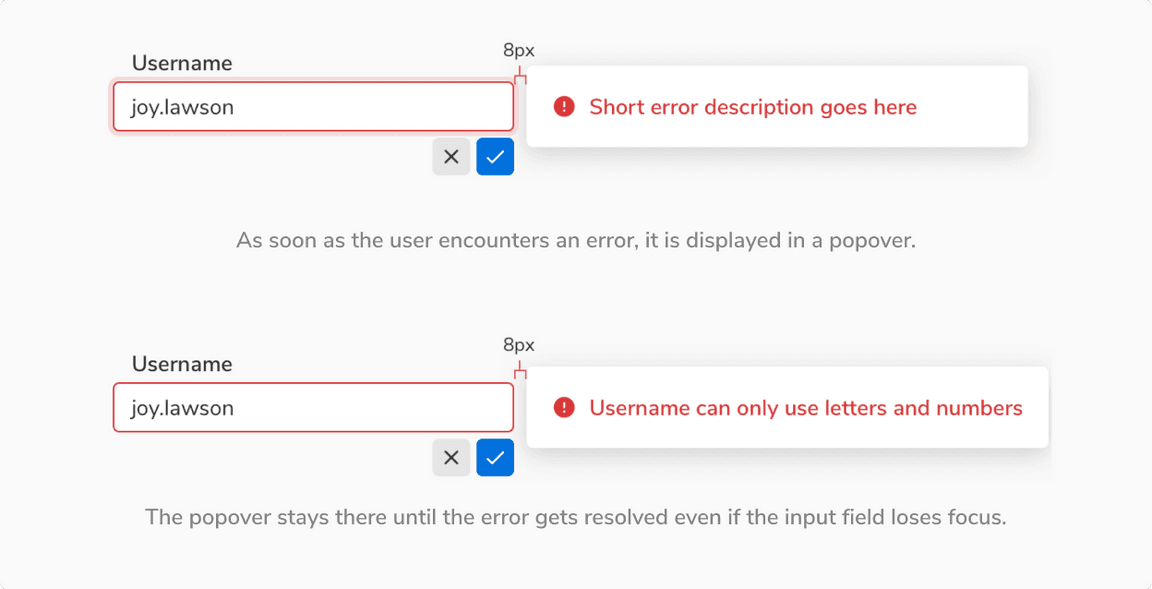 After the text has reached to the end of the field, it gets wrapped into the next line.

Horizontal spacing between label and field

It is recommended to have a minimum spacing of 4px between the label and the inline editable field when placed horizontally.

This spacing is recommended so that the focus ring doesn’t overlap with the label.

Recommended minimum spacing between the label and field