Messages are used to provide collective feedback an action or a state.

Messages are used to provide collective feedback to the users about an action or a state. They have a significant visual loudness to draw users’ attention.

This is the default variant when it comes to messages. It has a significant visual loudness and should be used with caution.

It is the less attention-grabbing counterpart and hence can be used in between components or patterns.

A title can be shown at the top of the messages. It is typically used to summarize the description in case it’s long.

Actions can be a part of messages and are typically used to directly or indirectly dismiss them.

Messages come in 4 appearances basis on the intent -

The info appearance is used when the message needs to provide information that requires some attention from the users.

The warning appearance is used when the message needs to notify a warning that might need users’ attention.

The alert appearance is used when the message needs to provide an error or failure information that requires immediate attention.

The success variant is used when the inline message needs to notify the successful completion of a task or action.

Messages are non-dismissive in nature. They appear with the rest of the components and cannot be dismissed directly. 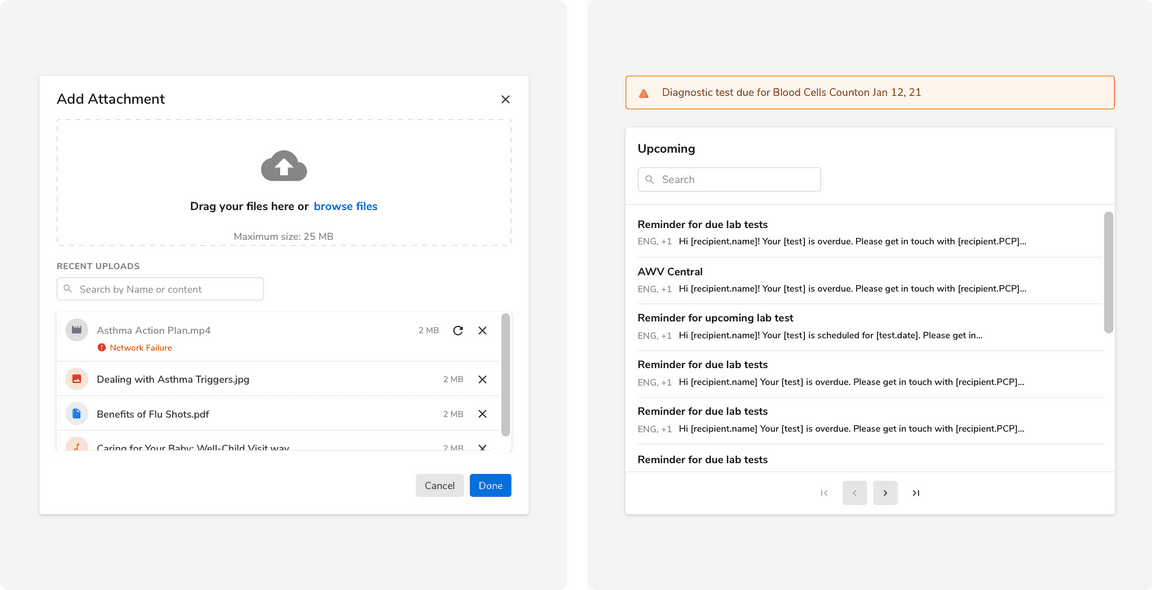